The average price per square foot on closed sales in Fort Lauderdale took another step down.  The move from $365 to $328 per square foot on a month over month basis represents a 10.1% decline in prices.  However, when you look at the full year period the sales prices are up 28.4% as we rose from $256 per square foot in July of 2012 up to $328 per square foot in July of 2013.  A few other numbers to take a look at are the total number of transactions that happened during these periods.  There were 106 sales in July of 2012.  There were 129 sales in July of 2013.  So we are still seeing a market that's more active year over year.   Last month I wrote "as a side note sales will likely decline for the remainder of the year as we start to enter the slower season for real estate sales."  In short, and as I say often, take the data with a grain of salt when looking at month over month data. 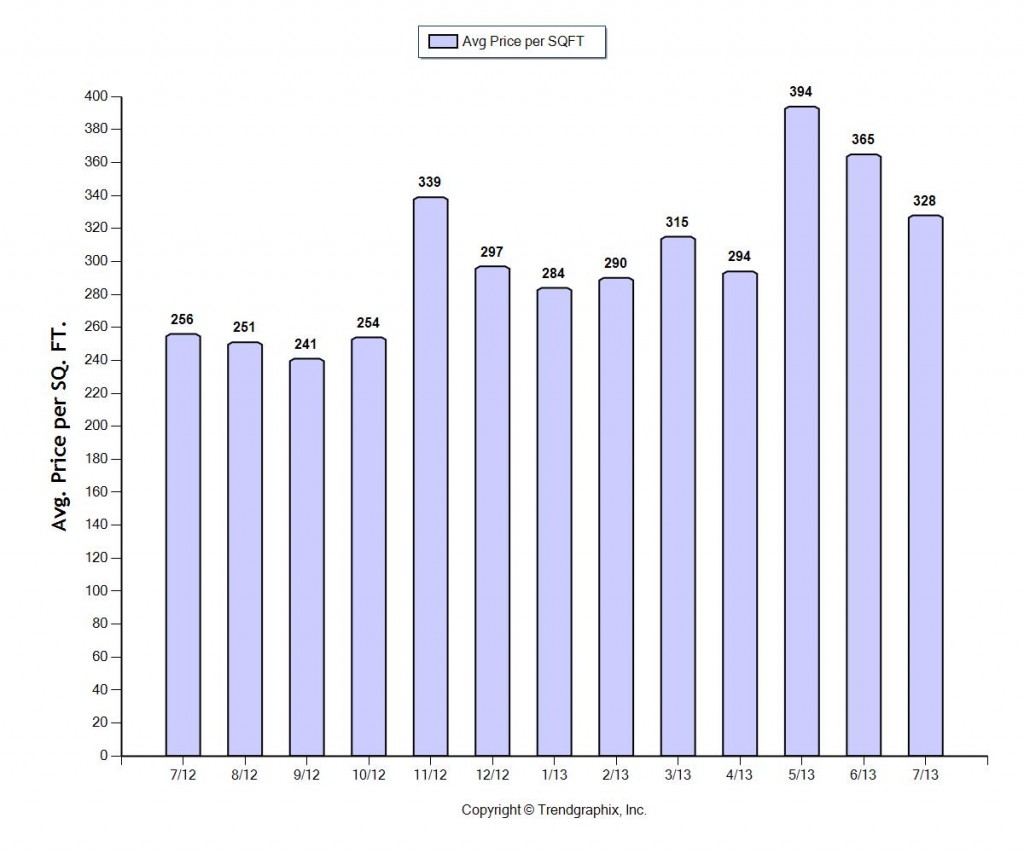 Median sale prices took a dip month over month.  Again, don't focus too tightly on this.  June of 2013 saw a number of large dollar sales.  This can quickly knock the data out of wack.  Again data will apply to residential sale transactions which include apartments, condominiums, co-ops, single family homes, townhomes.  This will also be specific to the following zip codes in Fort Lauderdale; 33301, 33304, 33315, 33316.  July of 2012 sales reflected a median sale price of $313,000.  Home sales in June of 2013 in our coverage area had a median sale price of $390,000.  Year over year we see a 24.6% rise in median home sale prices.  Previously I had written "Last month I believed that median prices were flattening out as I thought the market was getting a bit ahead of itself, and buyers were taking a breather.  The $490,000 number is a bit of a shock.  I'm curious to see next month if the high price sticks, or if we revert back down a bit to something more rational."  I do think the $390,000 represents buyers becoming a bit more rational.  I would much rather see slower growth. Some of the numbers we're seeing in terms of price appreciation I don't view as sustainable.  Rather than have a large bounce up and then a market correction, I would prefer a slower climb in prices. 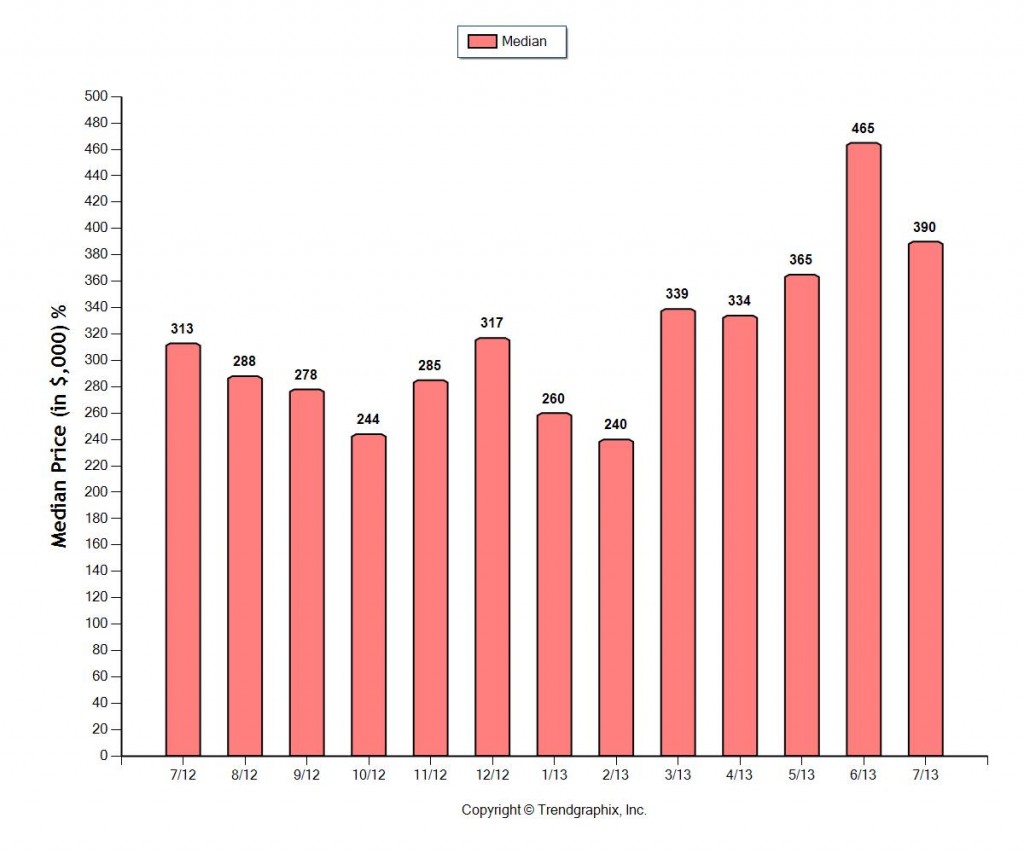 We're still seeing less than 6 months of inventory in Fort Lauderdale!  As always a note of caution, a home priced below $300,000 isn't going to sit on the market too long, there's a large and healthy pool of buyers in that price range.  Conversely, a listing of $5 million is going to sit for several month's, if not years, before it will sell.  The buying pool is much smaller in the higher dollar ranges, logically.  If you broke down month's of inventory by dollar bracket you would find less than 30 days on inventory on the lower end of the market.  From July of 2012 through July of 2013 the months of for sale inventory is flat.  In short, sellers are still in control, especially in the lower price brackets. 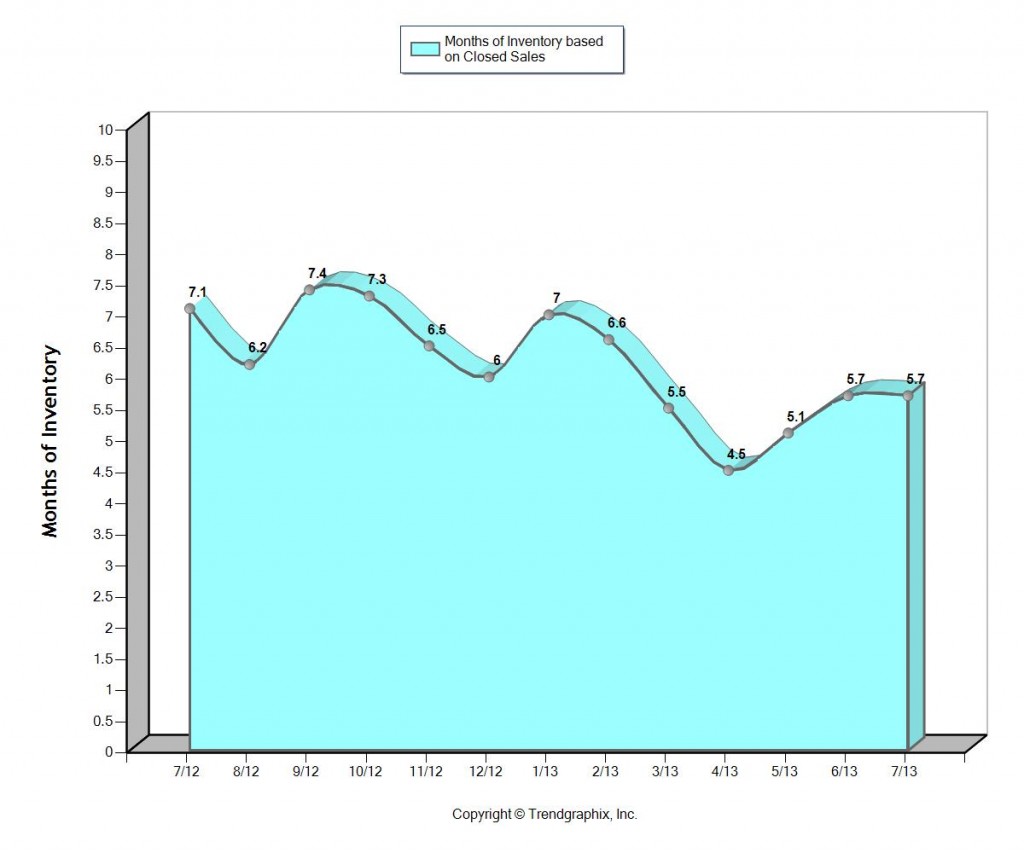 I changed the filter for this data a little bit.  Previously I had been showing my readers sold prices as compared to original listing prices.  I've altered it so now you can see the sold price to the current listing price.  What this should help eliminate is the overpriced listing that drastically reduced its price then sold.  Previously you would see what appeared to be a huge discount to listing price.  With the new filters it should knock out those type of sales which incorrectly skew the data.  Anyways, days on market took a rather large step up.  This can be for a number of reasons, but most likely is because sellers sometimes list their homes above market and then reduce the price after 60 days.  My opinion is that this is a bad idea.  Properties I market garner the most intense interest the first couple of weeks they're listed.  If you price above the market the result will be fewer showings.  It's more difficult to sell a property after it's been listed for 90 days than it is during the first 30.   Finally, as I've been saying, rarely are we seeing deep discounts in sales prices when compared to listing prices.  Sellers are, for the most part, getting almost full listing price on sales. 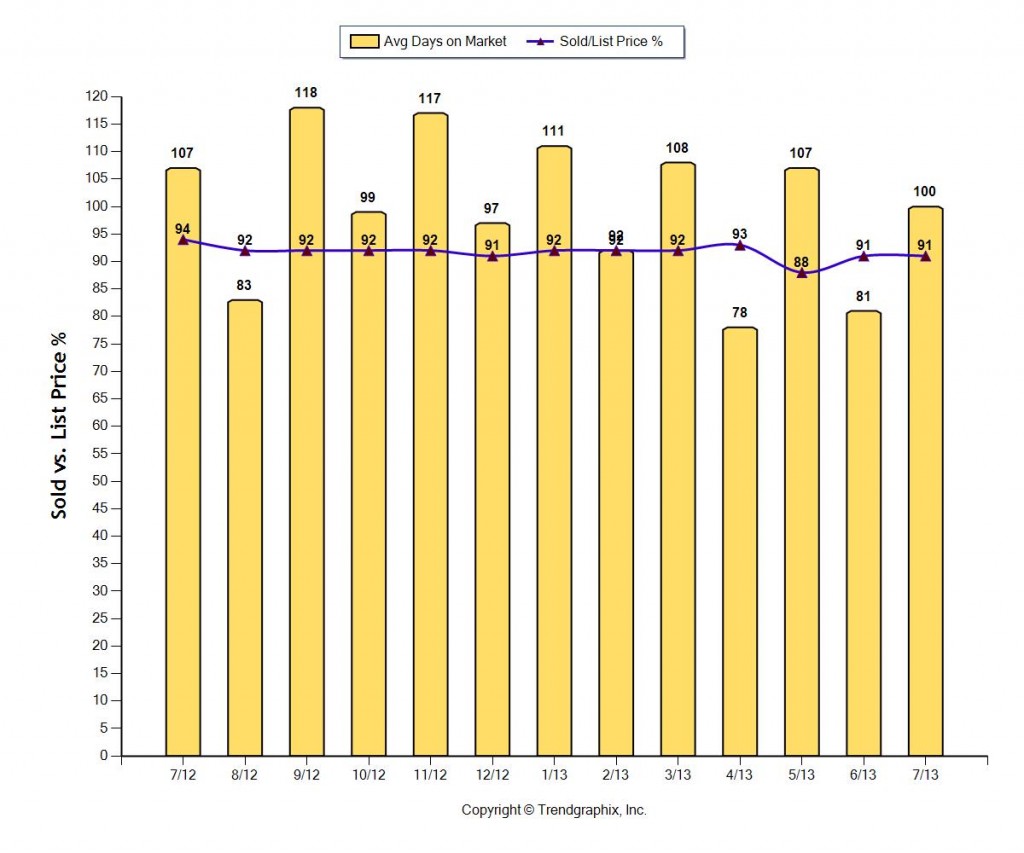 "We're coming upon the time of the year when real estate sales typically slow down.  I think this year may be different.  I'm fielding more and more calls and inquiries from buyers around the world.  Most are looking at condo's to buy as vacation homes, or condo hotel units to purchase as investment (with the flexibility to stay there a few times a year)." I wrote that last month and it's absolutely true this month, in my opinion.   I am often starting to get the feeling that sellers of single family homes are coming back.  The market has been pushed up very quickly, sellers can now get out of properties they thought they would have to sit on for years.  I'm seeing this more and more and it's a very good thing for the health of the market.

I work as a real estate specialist in a small area of Fort Lauderdale. If you’re interested in buying or selling a home, condominium, or townhouse (townhome) in: Rio Vista, Victoria Park, Downtown Fort Lauderdale, Fort Lauderdale Beach, Harbor Beach, Lauderdale Harbors, Sailboat Bend, Tarpon River, Croissant Park, Collee Hammock, Seven Isles, Nurmi Isles, Idlewyld, or Las Olas Isles, please feel free to contact me at (786)443-7203 or through my email caseyprindle@gmail.com.  I am a Realtor that works on Saturdays to accommodate those with busy schedules.