I was so bogged down with all the year end review posts that the January monthly home prices post only came out two weeks ago.  I received two emails today asking when I was going to do the February numbers.  Without further ado, let me feed you data!

Want proof that prices are moving up locally?  Take a look at the per square foot data.  The year over year price rise from $268 per square foot up to $341 per square foot represents just over a 27% increase in pricing.  Astonishing.  If you look at month over month from December of 2013 to January of 2014 you'll see a 6% rise in prices.  In a single month!  Frequent readers know I'm not a fan of these year over year run ups.  If we could trade between $275 and $325 per square foot for the year I'd be happier than breaking out above $350.  The faster the rise, the greater the potential for a steep decline. 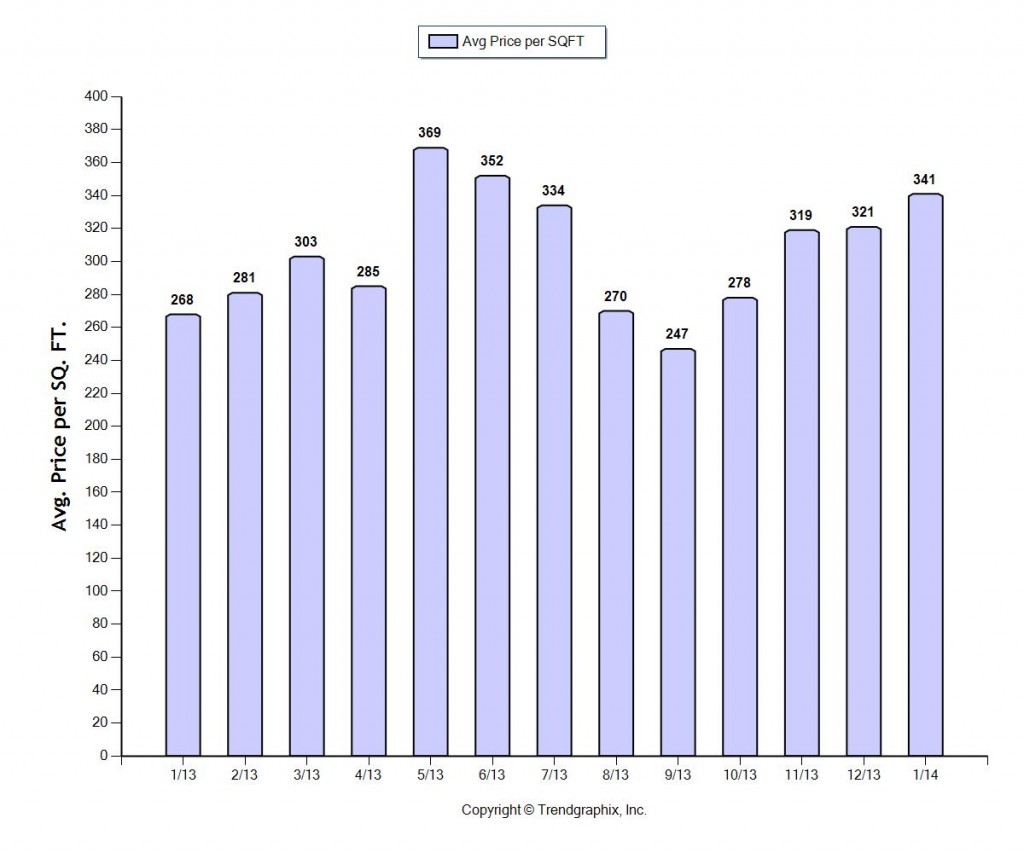 Looking for another enormous price run up? Take a look at year over year median home sale prices in Fort Lauderdale.  Year over year median prices rose just shy of 39%.  I'm a pessimist, I know I am.  I'm not saying the sky is falling, but I am saying 39% run ups aren't healthy over the long term.  If, and when, investor money dries up and we return to financed buyers we'll need prices to stabilize.  Especially if interest rates jump up, which I believe will drag median sales priced down quickly.  The higher interest rates go, the less purchasing power financed buyers have.  I do feel that the investor pool is drying up in Fort Lauderdale.  I also feel that we're gaining the second home and vacation buyer again.  The second home buyer is less price sensitive, and has been notably absent for the last couple of years. 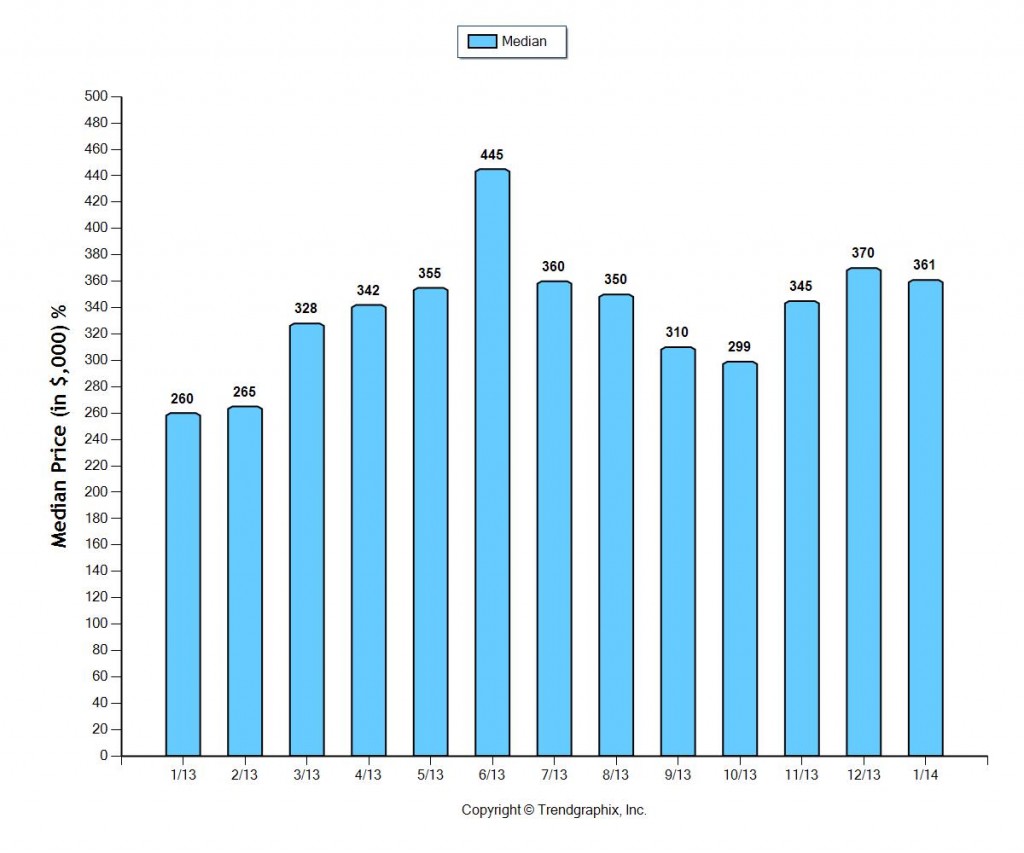 Finally!  Finally!  Yes!  Inventory is returning!  I'll temper my enthusiasm a bit as we're only in the beginning of the year when sales can be slower and inventory higher.  I have a theory that you can blame it on New Years resolutions.  People resolve to list their home for sale and move to a larger one which causes inventory to spike, in some years.  As prices have risen it's also allowed people who had been caught with negative equity, to finally be in a position to sell.  I do think we'll see more of those sellers come off the sidelines this year.  I've been speaking with a number of sellers who don't care if they get out of their home with any money.  A number of South Florida homeowners want to sell, they just don't want to sell for less than the mortgage on the property is worth.  In short if they can sell without having to pay, they will.  Rapid price appreciation has allowed some of these sellers to list their home.  There could be a number of reasons for the rise in inventory levels, I just hope the levels do rise so we can return to a more normalized market.

As always I do have a few words of caution when looking at the months of inventory figures.  The zip codes I cover have a tremendous amount of wealth located inside their borders.  A home that is listed for $5 million will have a long marketing period and may be on the market for a year, or two, before it sells.  Listings under $200,000 will likely sell in the blink of an eye.  Therefore, our months of inventory number can be skewed versus other sections of the county which may not have the housing value Fort Lauderdale does. 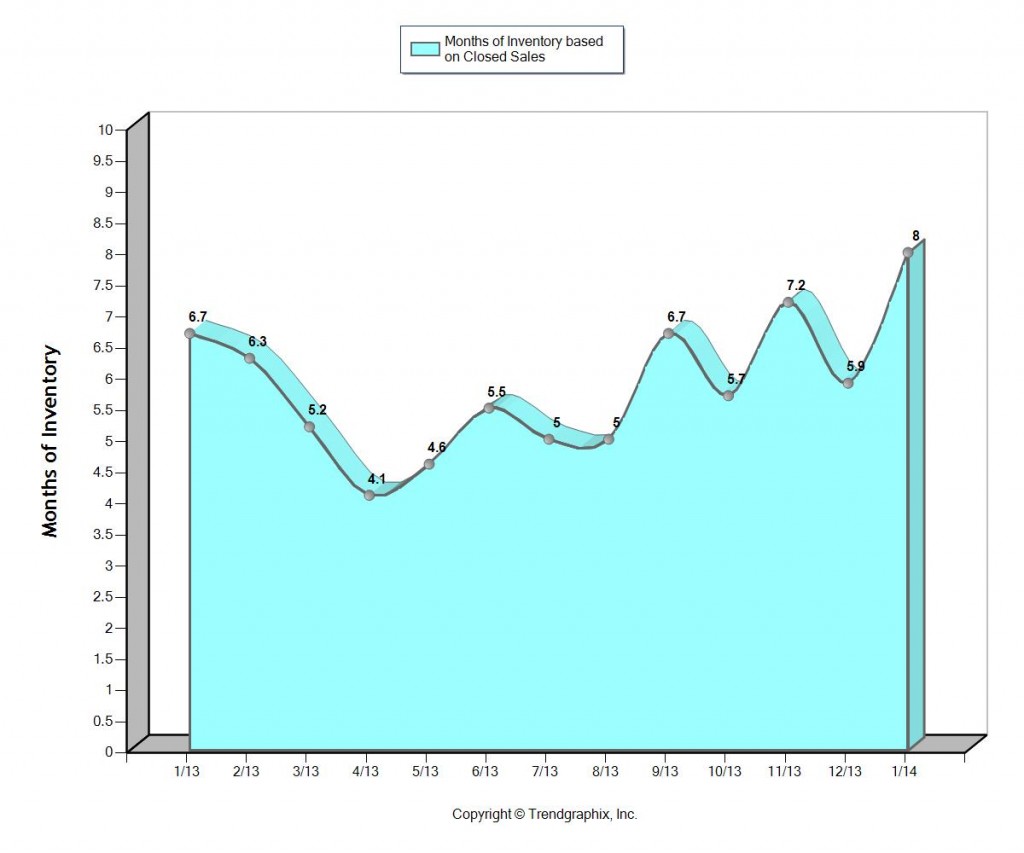 Three months of marketing time, and sales at 90% of original listing price.  This is the only pattern we seem to be settling into.  Note the data is pulled from original listing prices.  So if someone reduces their asking price from $100,000 down to $90,000 and the home sells at the full $90,000 this graph will reflect the 10% reduction, even tough the home sold at full asking price. 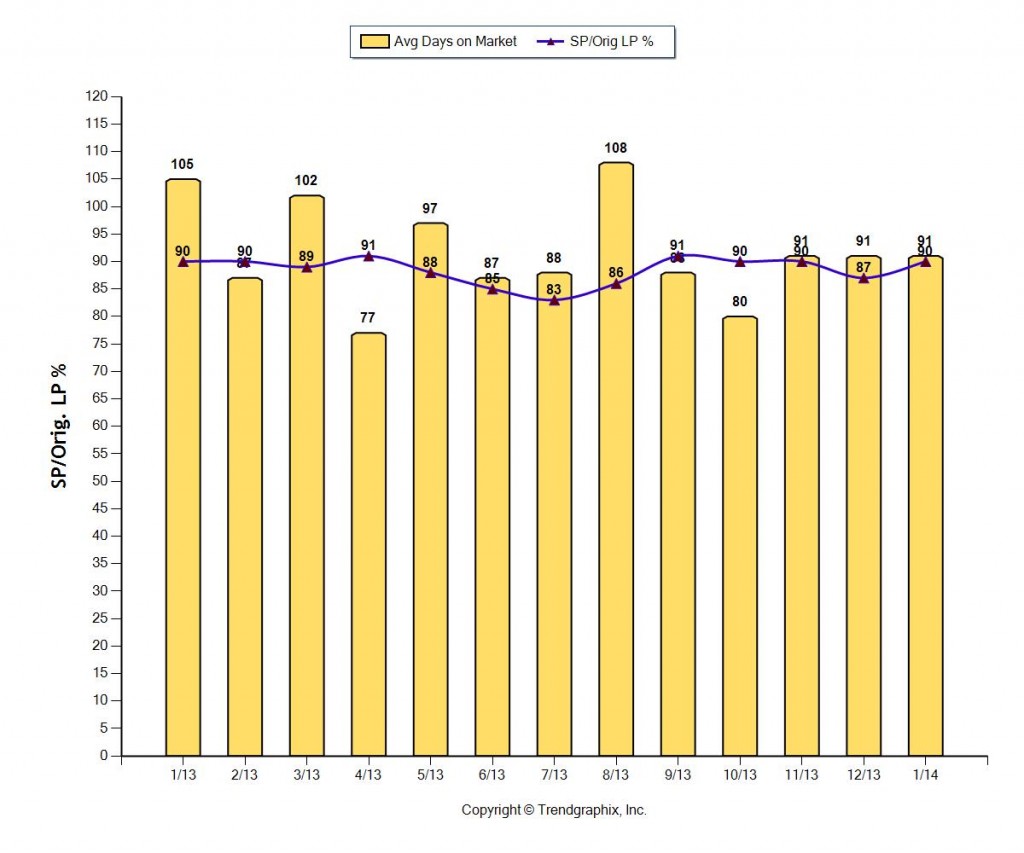 I have a mixed bag of emotions about this months data.  These price increases, both median and per square foot, are frighteningly high year over year.  I'm really hoping we see prices level off.  Should this happen I believe it would result in both buyers and sellers coming off the sidelines.  Some would be buyers are holding off to see if prices pull back,.  Some would be sellers aren't listing yet because they want to see how far prices will run up.  If we leveled off pricing it would bring us one step closer to a normalized market.  I certainly am happy to see a return of inventory.

I work as a Realtor in Southeast Fort Lauderdale. If you’re interested in buying or selling a home, condominium, or townhouse (townhome) in: Rio Vista, Victoria Park, Downtown Fort Lauderdale, Fort Lauderdale Beach, Sailboat Bend, Tarpon River, Croissant Park, Collee Hammock, Wilton Manors, Poinsettia Heights, Coral Ridge, or Las Olas Isles, please feel free to contact me at (786)443-7203 or through my email caseyprindle@gmail.com. I am a Realtor that works on Saturdays to accommodate those with busy schedules.