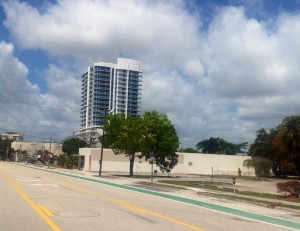 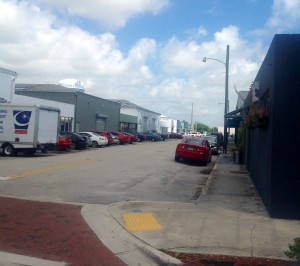 Commercial real estate has a number of subsets.  Industrial, office, multifamily, warehouse, retail, hotel, and that's only naming a handful.  How many people live in Fort Lauderdale, but have to commute north, south, east, or west, in order to reach their office?  I don't know the number; I don't know where to find it.  However, I do know the line of traffic headed south on Federal Highway towards 595 in the morning can be a bit overwhelming.  The opportunity, in my opinion, is to build office space so those residents don't have to commute out of Downtown Fort Lauderdale.  This creates tremendous opportunity for not only large scale office development, but also small to medium sized office projects.  If you've been considering investing in commercial real estate, office space in Fort Lauderdale is something you should consider.

First let's take a look at vacancy and competition.   If you total up residential units that have been proposed in Downtown Fort Lauderdale, you come up with 4,534 units.  Of course that assumes all units will be built, however, I have not included the Icon building as I don't believe the number of residences has fully been decided upon (more on that in another post at a later date).  When I search around for office vacancy rates, it's difficult to pinpoint Downtown Fort Lauderdale.  The entire Fort Lauderdale area seems to have an office rate vacancy that hovers around 15%.  However, I can tell you from experience, that number is a lot smaller in Downtown Fort Lauderdale.  My best estimation would be single digit vacancy rates.  Let me recap, we're going to build 4,500 new units which will likely house one or two adults per unit.  Let's say half the units are rented by individuals, and half are rented by two people.  That means we're set to see 6,750 new residents in Downtown Fort Lauderdale in the next couple of years based on those projects alone.  Where are they going to work?  We're going to need office space built relatively quickly.

So what am I proposing to you my readers?  Well that depends on how deep your pockets are.  I know of a number of vacant land parcels in Downtown Fort Lauderdale and Flagler Village that would be ideal to develop.  If you're comfortable with a $5 million to $15 million land acquisition price tag, lets talk about full scale development.  If you're a smaller investor (or group of investors) with $500k-$3 million I can think of more than enough office spaces that would be ideal for purchase.  The goal would be mild renovation, and raising existing lease rates on the smaller projects.   I would look to do ground up development on the medium and larger sized projects.  I would also propose that the projects are built with an industrial, or loft feel.  Fort Lauderdale houses an incredibly creative community, with less than inspiring places to work (sans the FAT Village warehouses).  The future is developing spaces that are so fantastic, that tenants will be less price sensitive.  Take a look at Google's office spaces as an example.

A call to action to you, my reader.  Let's look to build, or redevelop, (do we have to knock every building down?) close to the downtown core (especially close to the Wave).  Let's look to build, and invest locally.  Let's look at adaptive reuse projects (reusing older buildings and repurposing them).  There's plenty of opportunity in projects that are below institutional size.  There's also nothing that says 5, 10, 20, or more of my readers can't get together and fund a project (provided you complete legal documents to do so).  I have designers, lawyers, architects, land owners, developers, and builders that all subscribe to this blog.  You're telling me we couldn't do these deals locally and collaboratively?  Think of the cost savings if each party involved in the build was also an owner in the project!  Fort Lauderdale has tremendous potential, the question is whether you're going to take an active roll in developing that potential, or let someone else do it.

I work as a Realtor in Southeast Fort Lauderdale. If you’re interested in buying or selling a home, condominium, or townhouse (townhome) in: Rio Vista, Victoria Park, Downtown Fort Lauderdale, Fort Lauderdale Beach, Sailboat Bend, Tarpon River, Croissant Park, Collee Hammock, Wilton Manors, Poinsettia Heights, Coral Ridge, or Las Olas Isles, please feel free to contact me at (786)443-7203 or through my email caseyprindle@gmail.com. I am a Realtor that works on Saturdays in order to accommodate those with busy schedules.